On behalf of JON CYPHER ONLINE, I’d like to take this time to wish Jon a very happy birthday. He celebrates 91 candles. That’s a lot of firepower. Truly, wishing Jon the best of days and sending love and hugs.

On behalf of JON CYPHER ONLINE I want to say how saddened I am on the passing of the wonderful and incredible actress, Angela Lansbury at the age of 96. Jon was in three episodes of her series MURDER SHE WROTE where Ms. Lansbury played author and sleuth, Jessica Fletcher. We offer concordances to Ms. Lansbury’s family and wish them peace. The three episodes Jon appeared are listed below. 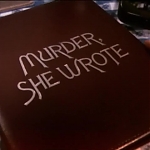 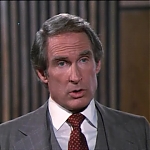 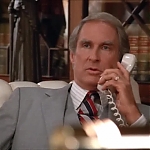 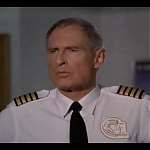 Jon’s series MAJOR DAD is leaving Netflix as of September 1st. So if you have a subscription, watch all you can until then. Jon of course played the part of Brigadier General Marcus C. Craig, Camp Hollister’s fearsome leader. More below.

After only a year, the classic sitcom comedy series Major Dad will leave Netflix in the United States.

Airing on CBS between 1989 and 1993, the show is often a forgotten classic when it comes to sitcoms.

The cast included Beverly Archer, Matt Mulhern, Jon Cypher, Marisa Ryan, Nicole Dubuc, and Chelsea Hertford. It was about a U.S. Marine finding his once-orderly life no longer entirely under his command after he marries a journalist and becomes stepdad to her daughters.

As we first reported back in August 2021, the show was headed to Netflix unexpectedly on September 1st. All four seasons consisting of 96 episodes have been available on the platform ever since.

Netflix added the series in its original 4:3 format so it didn’t receive any HD upgrades like Seinfeld did when it dropped on Hulu (and subsequently Netflix).

As you may know, Netflix has been slowly losing its collection of classic shows in recent years as distributors pull back their catalogs to fuel their own streaming services.

As it currently stands, Netflix is the exclusive streaming home of the show with no other streamer carrying it.

After leaving Netflix in full on September 1st, you’d think that there are only two candidates for where the show streams next. The most likely is Peacock, owned by Universal/Comcast who serve as the distributors or Paramount+ owned by CBS/Paramount given that CBS was the original network for the show.

The short-term license from Universal Television is in line with generally what we’ve seen with licensed TV shows in recent years.

Why they’re doing this is likely two-fold. Firstly, it gets themselves some short-term money from Netflix and secondly, they’re playing the long game in getting people addicted to these shows to hopefully bring them over to their own streaming service, in this case, Peacock.

For more on what’s leaving Netflix, keep it locked right here on What’s on Netflix. We’ve listed Major Dad alongside all the currently known movies set to leave Netflix in September 2022 here.

Will you miss Major Dad when it leaves Netflix? Let us know in the comments.

Sorry for the late posting of this. I’d meant to have it up before now, but the site was going glitchy so I had to repair what was happening. So now things are actually working as they should, it’s time to wish Jon the Happiest of Birthdays on behalf of JON CYPHER ONLINE. So Happy Birthday Jon with all love.

As if you haven’t noticed JON CYPHER ONLINE has a new layout. I thought it was about time. I think the other one has been up for at least two or three years. I found this one and thought it would make it look more sophisticated and easy on the eyes. Please let me know how you feel about it as I personally love it. I’m still ironing out some of the glitches that are more behind-the-scenes things you won’t notice. I’m also hoping to update the Twitter account with something similar to this. Please take care and be safe.

Wishing my friend the happiest of days today. Jon turns a young 89 years today and I’m hoping he’s safe, and having a great day. Take care.