I wanted to let you know JON CYPHER ONLINE has a new Twitter account. I decided it was time. Most fansites have both Twitter and Facebook accounts, however, I thought a Facebook was unnecessary. The Twitter account will hopefully keep Jon’s fans up-to-date on the site’s status and new posts. So if you want to follow us please check out the link in the sidebar. Another thing I’m hoping to get up and working soon is a media section for Jon’s work. I had another set up on a Youtube clone-like site, but the hosting was getting way too expensive. Fortunately the webdesigner gods have smiled and all is not lost. More to come on that. And lastly, I’m hoping to get more things up in the press section. I was fortunate to have access to an archive with a lot of articles on Jon from the span of his career. So please look for that coming soon.

DYNASTY the complete box set will finally be available to purchase on October 10 and will contain all original 217 episodes. As you might know Jon played the part of Dirk Maurier, one of Alexis Carrington Colby’s (Joan Collins) suitors. Jon appeared in ten episodes from seasons four and seven. While it is being released on DVD, no word of a blu-ray treatment. Here’s hoping, at least, the transfers are good and there’s no artifact lost. Most of the copies I know of that are out there are really bad VHS versions from airings on the old Soap Channel, or other channels. The box set will be available on Amazon for pre-order. Click on the box set graphic below to go to Amazon. 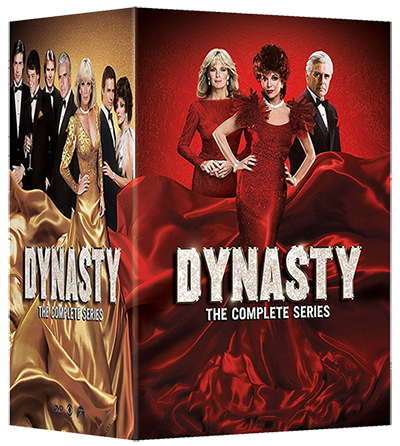 I found an article on Jon’s show MAJOR DAD where stars Gerald McRaney (Major John D. McGillis), Matt Mulherne (Lieutenant Gene Halowachuck) and Beverly Archer (Gunnery SGT Alva Bricker) talk about the show. Interestingly there was a post on the now defunct IMDB message boards for the show where a lot of posters who said the show wasn’t following Marine protocols, particularly in the way the humor ran on the show. This article is from 1993 that marked the show’s fourth season. I’d pretty much say that if the Marines endorsed it, then it followed the Marine protocols faithfully. You can read the full text of the article in the press section at the link below. Click on the .

We finally have a new layout. After some huge fretting I’ve finally uploaded one. Here we have what I’m calling CAPRICORN, for Jon’s birthsign. The earth tone colours are indicative of the Capricorn nature. I love the banner too. The three photos that are on the right from the one of him with his arms up the air, the headshot next to it, then the one of him in the MAJOR DAD baseball hat were all provided to the site by Jon, himself. I want to thank Jon for his contribution. I think the site is a little more personal given that. I’m hoping to get more things up in the gallery. I have many newspaper clippings to transcribe and get into the new press section, as well as a couple of articles I was able to obtain of Jon from the 80s. I also have some more of Jon’s television work to upload, so please keep checking back. And to Jon, thank you for your kind contribution to “your site”.

I wanted to wish Jon the happiest of days. He turns 85 today and I sincerely hope you are well, strong and still fighting for all those things you believe in. You continue to be an inspiration and a light. I hope you spend the day with those you love and with the things you care about. Please take care and be safe, always. 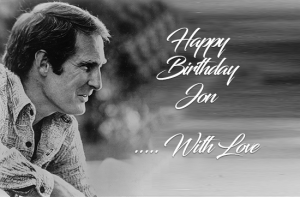 I’ve completed the overhaul of the press section. I think it’ll be a little easier to find things now. I thought I’d keep it simple by not bothering with a “design” so to speak. I think you’ll like it though. So far there aren’t that many articles in the because a lot of them I’m going to have to transcribe from the original clippings and magazines I have. When those are done I’ll be posting them to the press section, then posting the links here. I’m hoping now to get to actually posting some more images I have, as well as settling on a new layout. All that will be coming in the new year.