I have reuploaded some of the videos I had in the media section. They quality is now way better than they were the first time around. The ones that have been reuploaded are the ones of Jon as Eric Brandon in the four episode arc he did on the 1975 medical drama MARCUS WELBY M.D.. I have also started uplaoding some of Jon’s episodes of MAJOR DAD where Jon played the part of General Marcus C. Craig from 1990-1993. I’m just in the process of editing up more episodes but as with the others, will take some time to get into the site. So again I ask your understanding as I begin getting season one done. Thanks again for your patience.

Just wanted to let you know that CYPHER MEDIA is now online. All the bugs have been worked out. So far there aren’t too many videos up, only Jon’s four episode arc on MARCUS WELBY MD as architect Eric Brandon and his episode of McMILLAN & WIFE The Face of Death where he played John Thomas Clark, the mobile artist. I’m right now working on clipping up some of Jon’s other work, so please keep an eye on this space for that. In meantime, feel free to hop on over to the media site by clicking the clapperboard below.

I was finally able to record Jon’s four episodes of MARCUS WELBY M.D. from my PVR onto my computer. A station where I live was playing the show from beginning to end and I waited for what seemed like forever for Jon’s four episode arc to come on in season seven. And they’re finally here. Jon played the part of Eric Brandon, a brash architect who was a long time love of the show’s newcomer Janet Blake played by Pamela Hensley. Hensley was brought on as a love interest for regular Dr. Steve Kiley played by actor James Brolin. I loved this character. Jon is quite good in it despite the rather laughable fake beard they gave him. Why oh why cover that beautiful face and skin? Those eyes though are just stunningly blue though. My take on the beard though might have to do with making Kiley/Brolin more attractive, giving him a leg up as far as Janet’s affections. However, the episodes are rife with both Brandon and Kiley pissing all over poor Janet, as if she doesn’t know what she wants or who she wants. Which stands in total contradiction to her character of Queen Ardala on the show Buck Rogers she appeared in later. Now I’m not sure about you but for me there would be no contest. While I’m sure James Brolin is both attractive and a catch for Barbra Streisand, I’ll take Jon Cypher over Brolin hands down. These episode screencaps go along with the stills I posted some time ago here.

I have something new for you. From 1975 Jon guested on four episodes of the show MARCUS WELBY M. D. where he played the part of Eric Brandon. I remember the episodes mainly because for the show, season seven was a watershed for the series. Dr. Steven Kiley played by James Brolin, met and fell in love with a woman played by Pamela Hensley. Her character was Janet Blake who was the new administrator of the hospital where Steve and Marcus Welby (Robert Young) worked at. Jon’s character of Eric Brandon was the former flame of Janet’s who comes back into her life to hassle her. Funny I never correlated this actor to the same one who played Chief Fletcher Daniels on HILL STREET BLUES. Sorry I only have the stills from the episodes Jon was in. I’m hoping to sometime come across the episodes so I can cap them up and get them into the gallery. Unfortunately the only seasons currently available on DVD are the first two. No word yet as to when the other ones will be out. Hopefully soon. 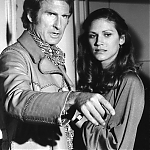 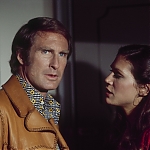 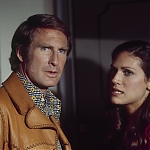 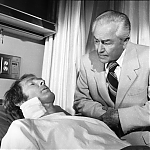 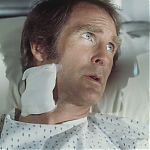 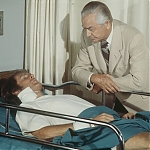 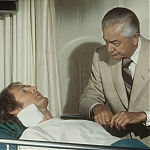 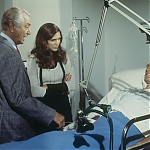 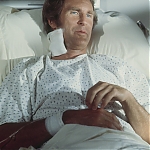