I’ve completed Jon’s episodes from season three of MAJOR DAD where Jon played the part of Commanding General Marcus C. Craig. One highlight of this season was episode nine General Unrest, notable because Craig had been kicked out of the house by Mimzy. Craig took up residence with the McGillis family “generally” making an ass out of himself. I’ve created a gif for the sidebar of one scene where Craig makes breakfast for the family. I can’t help but think of Jon from MAN OF LA MANCHA where Jon played the lead of Don Quixote. All in all a very good season for Jon with loads of funny moments. I won’t be putting individual links to each episode, rather, a general link to the entire season. 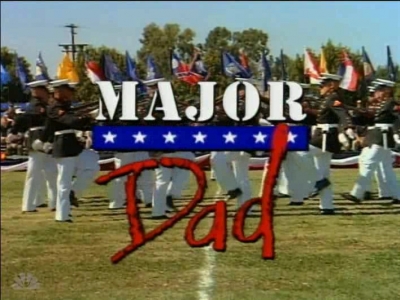 Photo Archive Hosting over 61,091 photos with over 900,00 views
JON CYPHER ONLINE @ joncypher.org is a website dedicated to the work of American actor Jon Cypher. I am in no way affiliated with his person, his management, nor his family. All content, except otherwise noted, is copyrighted to their original owners and no infringement is intended and no rights implied. Content contained within are subject to fair use and used here either in whole or in part as a commentary on the work and career of Jon Cypher.
%d bloggers like this: